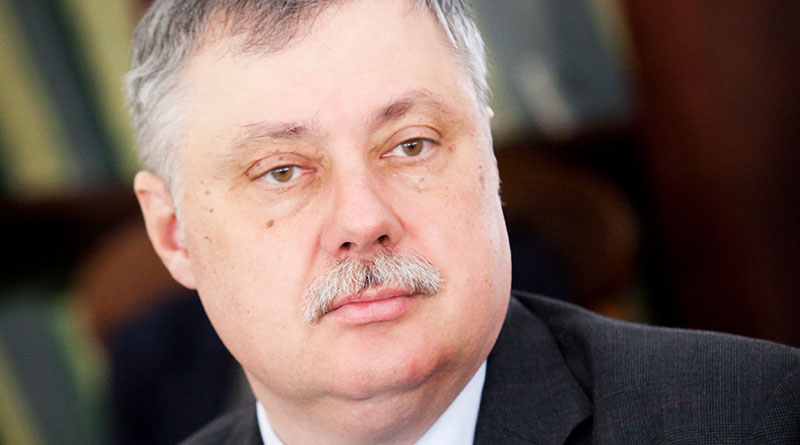 Dmitri Evstafiev, a Professor  at Higher School of Economics and chairman of the Organizing Committee at Moscow March, 27 Roundtable

The phenomenon of ‘new globalization’ is related to the main topic of the Roundtable. “There is a general assumption that globalization, first of all, is the economy, and to a lesser extent the politics. This is not the whole truth. There is also a socio-cultural globalization, which implies the development of various cultural and communicational models which are deeply connected to corresponding economic and political models. The first symptoms of changes in the vectors of globalization occur precisely in the social sphere, in culture”, he observed.

Dr. Evstafiev explicated, why he was talking of the new globalization in the context of North Caucasus and the Middle East. There are numerous reasons for that:

2.    This is a territory of a competition between different social institutions: archaic, pre-modern institutions, weakened by the collapse of the system of «Soviet modernity» and Arab nationalism, institutions that reflected the development of economies of the «second industrial modernization» (especially Egypt and Syria).

3.    This is a territory of provisional state borders. The dynamism of the borders change may depend on uncontrolled geographic and climatic factors (drought, flood, changes in the wetting of various slopes).

4.    This is an arena of confrontation between cultural, social and communication signs and meanings, the communication technologies between «rural” and “urban” spaces.

5.    There exist immanent network connections, which traditionally dominated social, political and economic structures in the Middle East and North Caucasus.

6.    This is a unique space of cultural interactions, which generates not only syncretic forms of «meanings», but also religious and social doublethink, which can later become the basis for potential ideological systems.

According to the Arabist, both the Caucasian wars of the 90s and 2000s and the Arab spring have demonstrated a high level of vulnerability of social structures and institutions. The expert community has made mistakes in predicting and interpreting that events of and they are now to avoid it at the current stage.