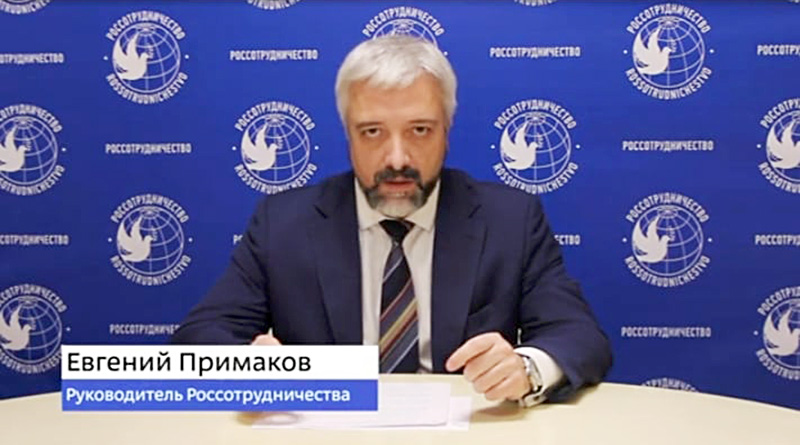 It’s an honor for me to welcome the participants of the “Russia–Eurasia: The Treasure of Peace for Countries and Peoples” conference. Eurasia is one of the crucially important regions both for Russia and for the Agency. And “The Treasure of Peace” is the backbone value which we all share. We live in an ever-changing – and not exactly to the best – world. In this world it’s acceptable to withdraw from international agreements which restrict armament and its proliferation… In this world new fault lines, based on festering disputes and unresolved interethnic, interracial, interstate, interfaith conflicts, appear and old grudges are recalled. Of course all these matters concern us, both Russia and the Agency which is highly involved in humanitarian policies. That’s why we joined forces with the Russian Federal Agency for Youth Affairs and Federal Agency for Ethnic Affairs. We are about to sign a road map which let us focus on inter-ethnic policy for the realization of our peace-seeking vision.

The dialogue between peoples, nations and denominations – it is the essential organic part of Russian culture. That’s why we can present ourselves to the rest of the world as almost an entire continent. We do unite two parts of the world, and Asia, within Russia. So Eurasia is absolutely organic for us. The internal dialogue we promote testifies that Russia is “a continent” of adequacy and peace. Yes, we had difficult times but we always managed to overcome, and we shall continue to. We have enough international experience to share with our neighbors in Great Eurasia, to establish successful dialogue in other countries, to reduce the tension between ethnic groups and communities.

So let’s start cooperation! I congratulate all of us with the opening of this major conference!