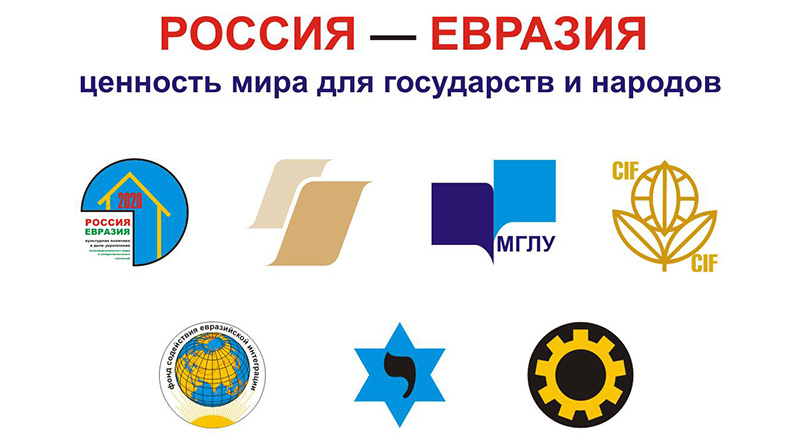 On December 4, in Moscow, at the Moscow State Linguistic University (MSLU), an International conference “Russia-Eurasia: Treasue of Peace for States and Peoples» was held. The event was supported by the Presidential Grants Foundation within the framework of the project «Russia-Eurasia: Cultural Policy in Strengthening Interethnic and Interreligious Peace». The conference was attended by representatives of federal authorities, religious and public figures, politicians and experts from Russia, Armenia, Belarus, Kazakhstan, Kyrgyzstan, Azerbaijan, Tajikistan, Afghanistan, Israel, India, Italy and Pakistan.

The conference participants expressed their solidarity on the following points:

— Peace is the highest treasure for the peoples of Russia and the countries of Eurasia; representatives of religious confessions highlighted that peace also is a religious value;

— the interfaith, interethnic, and political peace, just like as socio-economic and social development, are achievable goals under the condition of comprehensive cooperation and mutual assistance of Russia and Eurasian states;

— peoples of Northern Eurasia are responsible for the preservation of peace on the continent, their comprehensive voluntary strategic political rapprochement of peoples, which carry a powerful Russian and Soviet cultural heritage, is an urgent necessity for the preservation and lasting consolidation of peace throughout the Eurasian space in the interests of all peoples, states and territories of Eurasia;

— advice to create an international expert group to promote the above goals and objectives.

Galina Amirovna Khizrieva, researcher at the Laboratory of sectology at Moscow State Linguistic University, head of the Foundation for Assistance to the Development of Social and Humanitarian Relations «Interaction among Civilizations».

Participants
(in order of speeches, presentations are published)

Opening of the conference by the main organiser

Welcoming address to the conference participants.

Opening of the conference. «A value of peace — the value we all share».

Brontoy Yangovich Beduyrov, national writer of Altai, head of the Institute of Altai Civilization (Russia — Kirghizia)
«Peoples of Northern Eurasia are responsible for the peace on the continent»

Aigul Abdyrakhmanovna Teshebaeva, president of the Fund of cultural development of peoples «Nomad» (Bishkek, Kirghizia).
«Peace as the supreme value of people and nations».

module The value of peace and the interfaith harmony

Hieromonk Grigory (Matrusov), the chairman of the Expert Council under the Patriarch for interaction with the Islamic world of the Russian Orthodox Church.

Albir Rifkatovich Krganov, Mufti of the Spiritual Assembly of Muslims of Russia.

Grigory Evgenevich Lukyantsev, representative of the Ministry of Foreign Affairs of Russian Federation; human rights, democracy and rule of law department.
«About risks and tendencies in religious geopolitics».

Dmitry Gennadevich Evstafyev, professor, Faculty of  Media, Communication and Design at National Research University — Higher School of Economics (HSE), chairman of the committee of the project «Russia-Eurasia: cultural policy in strengthening interethnic peace and interreligious harmony», candidate of political sciences.
«The harmonisation of national and religious identities — a challenge for the post-global world».

Oscar Julian Villar Barroso, an explorer and historian, previously — professor, Faculty of Philosophy and History at University of Havana, Doctor of Historical Sciences.
«Peace is not an antithesis of war, peace is bigger, larger. Eurasian initiatives of Cuba».

Gulnara Orozbaevna Degenbaeva, the director of orphan house «Maeaerim bulagy» (Issyk-Kul Region, Kyrgyz Republic), head of the Toktogon Altybasarova Centre of Mother Heroes and Children of War. Mother of more than 150 children.
«The pain burns my heart… Eurasian cultural and civilization priorities for the world».

Sheikh Bader Qasem, Sheikh of Druze, president of «World Peace Council” (Israel).
«On Middle East division and its consequences for the inter-ethnic relations».

Video presentations
(within the conference, but outside holding regulations at Moscow State Linguistic University)

Raiymkul Arzimamatovich Attakurov, chairman of the board of Council of Aksakals and the Coordination Council of the Kyrgyz Diaspora of Moscow City and Moscow Oblast, Extraordinary and Plenipotentiary Ambassador of  Kyrgyz Republic to Russian Federation during 2008-2010.

Viacheslav Anatolyevich Beldei, head of the Fund for Assistance to Eurasian Integration.

Alexey Alexandrovich Maslov, officer-in-charge of the head of Institute of Far Eastern Studies of the Russian Academy of Sciences.

Mustafa Mastoor, Senior Advisor to the Afghanistan National Reconciliation Council, ex-Minister of the Economy of Islamic Republic of Afghanistan.

Omar Nessar, head of ANO “Centre for the Study of Modern Afghanistan, editor-in-chief of the information portal «Afghanistan.Ru».

Khursheda Davronovna Khamrakulova, chairman of the board of Tajik Culture Centre, head of the Culture Commission of Community Council at  Embassy of the Republic of Tajikistan