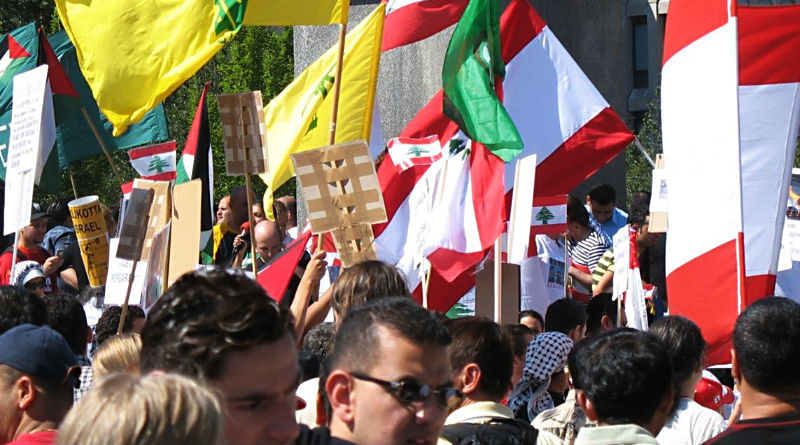 On May 6, Lebanon will hold its first parliamentary election since 2009 to usher in a system of proportional representation. To be sure, it is a small country, but the event will have a very significant effect on the shape of the Middle East’s political and military landscape.

Will there be a power shift? It’s hard to predict, but the election will be watched closely by many Middle Eastern actors, including Israel, Saudi Arabia, and Iran. The pro-Iranian, anti-Israeli, and anti-American Hezbollah is a rising force, militarily and politically. That group has a good chance of sweeping the election, picking up seats, and turning the balance in its favor, which would send jitters across Israel and provoke deep concern among those who oppose Tehran. The EU realizes that if Syrian refugees leave Lebanon because of instability caused by the election results, their destination will be the European Continent.

Some experts believe a war between Israel and Hezbollah is almost inevitable. It’s just a matter of time. UN Secretary-General Antonio Guterres believes that a direct clash between Israel and Hezbollah would be a truly nightmarish scenario. That Shia Muslim group has roughly 150,000 missiles and rockets of various ranges in its inventory and boasts a fighting force of about 50,000 soldiers, counting the reservists. A Hezbollah force estimated to be 10,000 strong is operating in southern Syria near the border with Israel. The Jerusalem Post writes that according to experts’ estimates as many as 1,500 to 2,000 rockets could be fired into Israel daily during the next war, compared with only about 130-180 that the country received each day during the Second Lebanon War.

In December 2017, Israeli Intelligence Minister Yisrael Katz threatened to bomb Lebanon “back to the stone age” if the country’s government did not prevent Hezbollah from setting up Iranian rocket platforms. Israel has its own reasons to be primed for a wider conflict in the region.

Meanwhile, it is erecting a border wall with Lebanon. Beirut says that several sections cross into its territory, constituting an assault on Lebanon’s national sovereignty. In February, US and Israeli troops held an exercise to practice for a potential war with Hezbollah in Lebanon. In March, the Israel Defense Forces (IDF) honed its skills in preparation for waging battles on multiple fronts. On April 9, the Israeli Air Forces launched a strike on the T-4 Airbase near Palmyra in central Syria where Iranian military personnel were stationed. Iranians suffered casualties and vowed to respond. It’s impossible to strike Hezbollah in Syria without hitting Iranian forces, turning any Israeli-Hezbollah clash into an Israeli-Iranian war, which will inevitably draw in other actors, sparking a wider conflict.

The unsettled maritime dispute over the natural gas deposits in the Mediterranean has greatly heightened tensions, as the boundaries of the «Levantine Basin» often cross underneath the disputed borders between rival nations. The waters under contention are a triangular area of sea measuring around 330 square miles. The last thing Israel and the other countries of the anti-Iranian axis want is for those gas deposits to enrich Lebanon, with Hezbollah getting a large share of the wealth.

A potential conflict between US-supported Israel and Lebanon would no doubt spill over into Syria, where Hezbollah is seen by Israel as a threat, prompting air strikes that would be delivered from time to time in order to disrupt its communications and take out its assets. The forces opposing the Syrian government and Iran will intensify their efforts to turn the tide of the war they are losing. It is unlikely that any relevant actors will stay idle.

US President Trump is widely expected to “decertify” the Iran deal next month. The deadline is May 12. This will certainly add fuel to the fire. It’s hard to imagine American forces in Syria idly watching the fight if an Israeli-Iranian conflict should spark. There are other signs the US is preparing for war there. The idea of deploying a large Arab force in Syria has been recently floated. Qatar is being coerced into sending its forces. Something is clearly being cooked up.

A conflict in Lebanon that would spill over into Syria and then other countries in the Middle East is fraught with potentially dire consequences. The only actor that can prevent a worst-case scenario is Russia, a country with enormous regional clout that has a presence in Lebanon as well as in Syria. It has a military agreement in effect with Beirut and enjoys a special relationship with the Lebanese President Michel Aoun. Russia is the dominant power in Syria that controls both the skies as well as large swaths of land in the de-escalation zones. Unlike the other powers involved, it has good working relations with Israel, Iran, Hezbollah, and the Syrian government, making it a perfect mediator — the sole actor fit for the job. Otherwise, May will go down in history as the month a major war shook the Middle East.